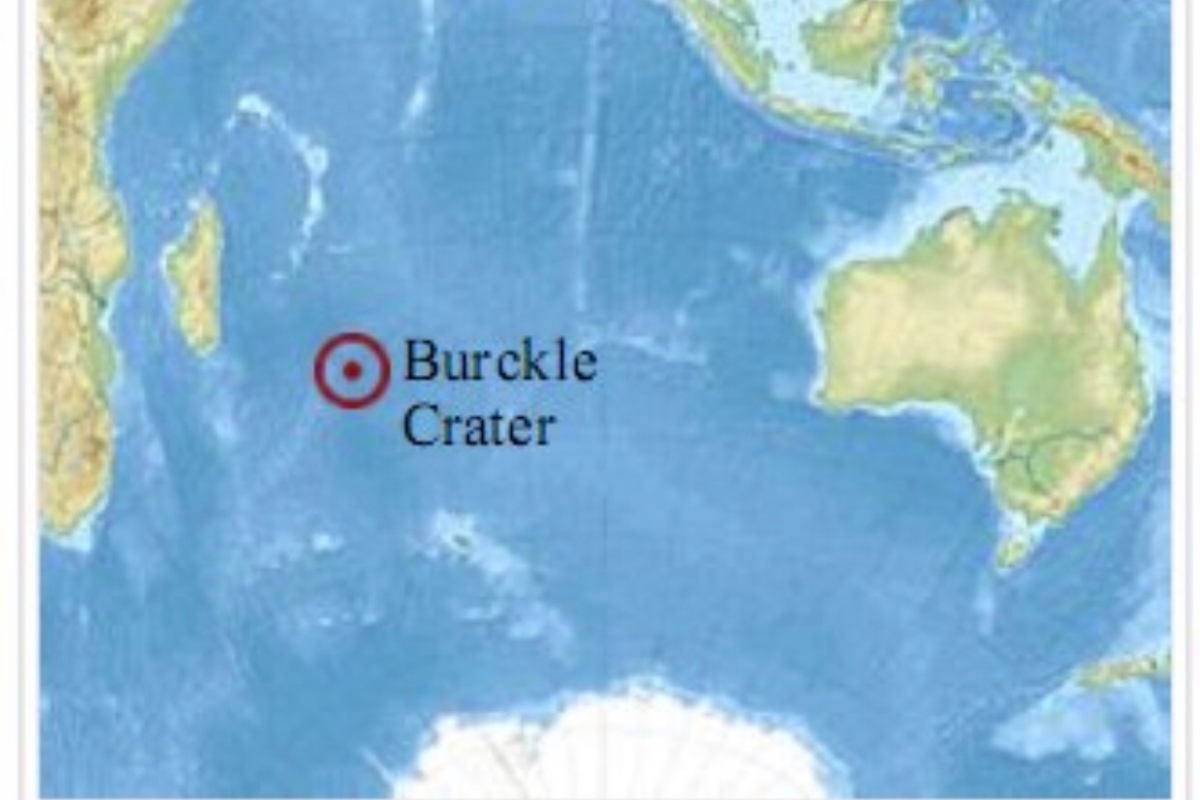 The Burckle Crater 18 miles wide on the floor of the Indian Ocean along with nearby giant chevrons in Madagascar give first hand insight into a comet fragment impact on earth in the 2800 to 3050BCE period.

This is just after the Yadava Civil war of 3031-3030BCE and provides some corroborative proof of a giant MegaTsunami which fits descriptions of the flooding of Krishna’s Dwarka.

Now, which comet fragment might it have been. I think that it may have been Comet Soho which was seen in Feb 3030BCE…

As we all know, cometary phenomena were particularly well known during the Mahabharata war and afterwards details of which I revealed in my free book in chapters 12/13 and 8.

Dr Abbott studied deposits nearby under a scanning electron microscope and found benthic foraminifera, tiny fossils from the ocean floor, sprinkled throughout. Her close-ups revealed splashes of iron, nickel and chrome fused to the fossils.

When a chondritic meteor, the most common kind, vaporizes upon impact in the ocean, those three metals are formed in the same relative proportions as seen in the microfossils, Dr. Abbott said.

One thought on “The Burckle Crater: Evidence for sinking of Dwarka in 3030BCE”